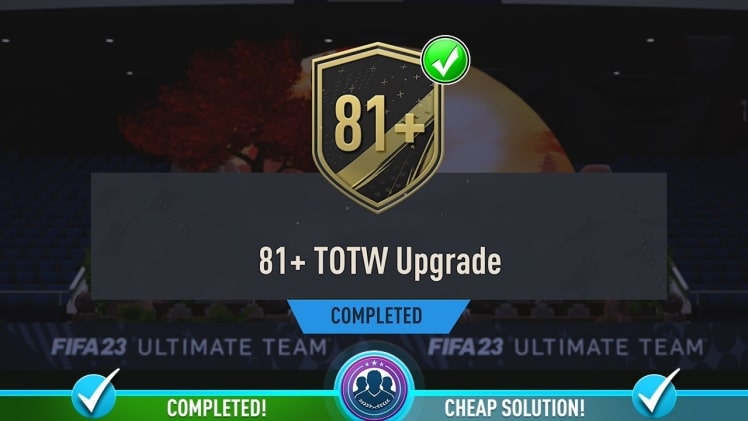 FIFA 23 celebrates Black Friday and World Cup with a Road to the World Cup release plus many Squad Building Challenges with awesome prizes.

Come to FUTeamGo if you don’t want to miss the best FIFA 23 coins deals! Black Friday did not pass unnoticed in FIFA 23. This year, the most famous Friday of the year takes place within the time frame of the World Cup tournament. It’s only natural that we have World Cup-themed content for Black Friday. We start the celebration a few days before the actual Black Friday with the Road to the World Cup campaign. The Black Friday event has flash SBCs available only for a few hours. FUTeamGo has some Black Friday deals too with discounts on FIFA coins and more!

The Black Friday event kicked off with the Best of Team of the Week selection. As we all know, TotW is taking a break throughout the World Cup. It will resume with the games in the domestic league. Best of Team of the Week is a set that contains the highest-rated FIFA 23 TotW items. The cards with the highest OVR, 92, belong to Kevin de Bruyne and Salah. The two 90 OVR cards represent Neymar Jr. and Kroos. The 89 OVR TotW representatives are Joao Cancelo and Haaland. Goalkeeper Trapp has an 88 OVR Team of the Week card. Barella follows with 87 OVR. Ben Yedder, Tomori, Valverde, and Hernandez have 86 OVR cards. Dembele with 85 OVR and Lozano with 84 OVR complete the collection. In addition to this selection, Black Friday also features Squad Building Challenges. Just like all BF deals, these SBCs are available for only a little while. Those who don’t complete them right away, won’t have a second shot at getting the rewards. Let’s see some of the FIFA 23 Black Friday Squad Building Challenges. The first Flash SBC rewarded 83+ OVR players from England, France, and Germany. The rewards include 83 OVR Henderson, 91 OVR Benzema, 89 OVR Kante, 87 OVR Lloris, and 83 OVR Mendy. The prize for the next SBC is a Rare Mixed pack that can yield all sorts of cards including Icons. Players also obtained Small Prime Gold packs, Mega packs, Rare Electrum packs, 82+ OVR Player Picks, and Premium Gold packs from the Black Friday SBCs. Even though this is a one-day event, it is one of the most intense game campaigns. The World Cup continues with themed content such as the new World Cup Icons and Heroes.

It’s clear that FIFA coins are necessary for restocking your team with players and bundles. You can buy cheap FIFA 23 coins at Futeamgo with quick shipping and live support available around-the-clock. We go above and beyond to give you the greatest FUT coin service as a customer-focused platform.

With the release of the most recent edition of the most popular football game in the world, you can now add FUT coins to your shopping basket before other players!

Our payment system ensures secure account information and transactions that are swift and safe. We guarantee that all of the products on our website are genuine, and that they are available across all platforms (PS4, PS5, XBOX one, Xbox series and PC).

Get Cheaper Prices on FIFA Players

We have more to offer to help you enjoy FIFA Ultimate Team triumphs! You can now purchase FIFA 23 players with ease at Futeamgo and use them to assemble your ideal team.

How to Find a Good Place to Eat While Traveling