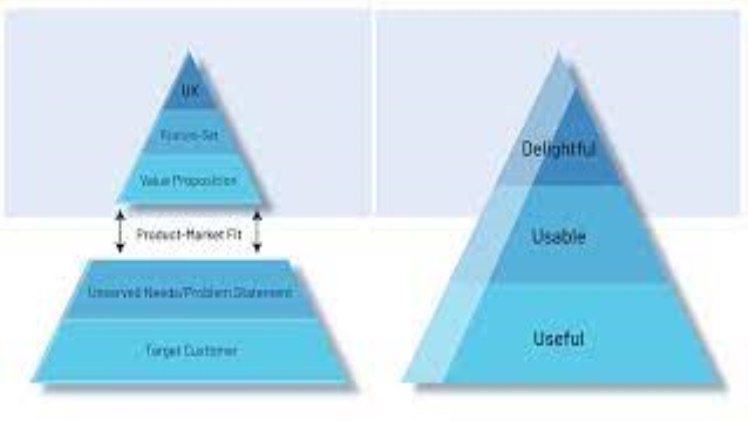 What is the future of interface design? What trends to expect? Is it essential to create an MVP or prototype? Find here!

Imagine if we could test an idea in as long as it took to imagine it. However, this is one of the possibilities that the evolution of the interface design process will bring. The objective is to eliminate all the steps that slow down the realization of the idea.

Today, we go through different phases before making an idea concrete. There are necessarily design constraints that require human intervention and generally take a lot of time. In particular, the design and development phase. Thus, this impacts our entire work process in a digital project. Although we are trying to iterate through prototypes, we are aware of the effort required to produce these versions of the idea. In the case of a web project, we will have to lay structural foundations before designing a prototype or before focusing on MVP development for startups.

We even encourage you to produce several deliverables and go through several different steps before reaching the expected result. All this is to ensure that the work done to implement the idea is sufficiently profitable compared to the budget allocated to the project.

The diagram of the progress of this type of project is often the same; we start by framing the product between decision-makers and then move on to design and end with the engineering phase. This process of sequencing makes it possible to bring the idea to its realization: the perimeter becomes research tracks that turn into wireframes and prototypes to end up in the hands of the developers who will concretize the project. Each of these major steps is ultimately a translation of the intention brought to the project through different means and supports, with professional experts in each of these areas acting as translators. Overall, these steps make it possible to transform the words behind an idea into a concrete and usable product. However, they require time, money, and means to arrive at a solution that users need help understanding. Hence the need to test the product in the form of a prototype; however, its design is not immediate and requires reflection. So how to optimize the process of designing a prototype, and what novelties to expect in the future?

Standardize the components of an interface

Component design systems will take over the individual graphics that are currently practiced. It is a very effective way to industrialize interface design thanks to components made available in a gallery.

If we push the concept to the extreme, we can imagine that these component galleries are native to design software or that they change, as is the case today for site templates. But above all, we will be able to teach software to recognize these forms to facilitate the design itself.

Facilitate the process of designing a prototype

The second major part that must be abbreviated is that of development. Once the design is finished, it usually takes a long time to code. This is why during prototype designing, we will sometimes have to make the models of the site interactive rather than coding them entirely. Although it remains rudimentary in terms of interaction, it allows a minimum to navigate between pages and test user journeys. This alternative solution has advantages and a significant time saving on the design of a testable prototype. However, it has its limits, in particular, because it requires human action to be carried out. So we will waste time to gain the result. Of course, it remains logical, but we could do better.

Moving directly from drawings to a coded interface, we avoid a considerable number of intermediate steps. The possibility of testing becomes almost immediate as soon as you can generate an interactive prototype on the basis of assumptions quickly materialized by sketches.

We can easily imagine that with the crossing of data and artificial intelligence, we will soon see interfaces that can generate content automatically. Whether it is text or multimedia content, the wireframes of tomorrow will have real data directly taken from the Internet or attached databases. What is already the case today manually will be done automatically tomorrow. It is enough to have an artificial intelligence able to recognize what typology of content is associated with the shape of the container depending on the nature of the page or site. For example, for an e-commerce site catalog page, the AI must recognize the component that represents a product’s thumbnail, so it can generate the right content in the right place and duplicate it wherever the component appears.

It is certainly the most complex part, generating data from almost nothing, yet most sites have a certain logic and redundancy. Thus, like the graphic components of a website, it is possible to standardize content typologies to generate them automatically. It will certainly take some indications from the designer to give the AI information that will guide his choices. Nevertheless, we can imagine a certain independence of the solution, although it will always take man’s hand to parameterize and adjust the actions of artificial intelligence.

WAN vs LAN: What is the Difference Between the Two?