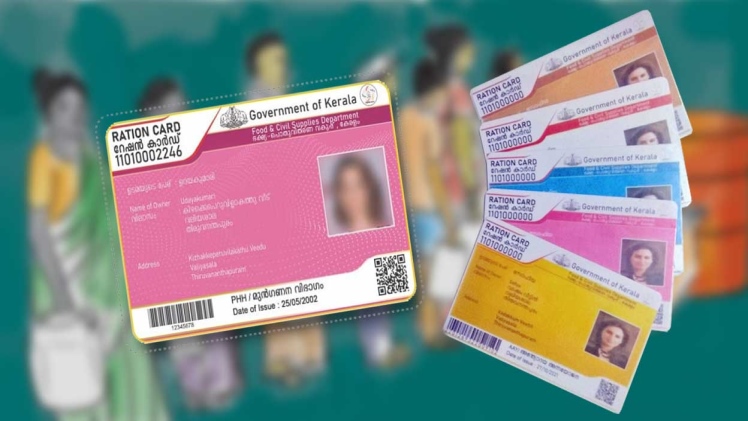 Ration card types as defined by the NFSA

There were three types of ration cards in India prior to the National Food Security Act (NFSA) becoming law.

The APL card was issued prior to the passage of the NFSA. It was given to people who lived above the government’s definition of poverty. Anyone could apply for an APL ration card because there was no minimum annual income requirement. These households were given 15 kg of food grains based on availability.

Ration Card for People Living Below the Poverty Line (BPL) –

Households with an annual income of less than 27,000 INR are considered to be below the poverty line. They are given 25-25 kg of food grains.

However, following the enactment of the NFSA in 2013, the APL and BPL Ration Cards were reclassified into two new categories –

These ration cards are issued to those who meet the government’s eligibility criteria under the Targeted Public Distribution System (TPDS). Every month, each member of a priority household receives 5 Kg of food supplies. Certified ration shops can obtain these supplies at fixed prices that should not exceed –

The state government may, however, change this price at any time.

People who want to apply for PHH ration cards must meet the eligibility requirements. Only those who fall into the categories listed below will be eligible for the PHH ration card.

After selecting those who are eligible to receive a PHH ration card, those who remain are added to the NPHH list of ration cards. These people are ineligible for NFSA-subsidized food from ration shops. They will be able to issue ration cards, but no subsidised food will be available.

Antyodaya (AYY) – This card remains valid even after the NFSA has been issued. People considered to be the “poorest of the poor” are issued AYY ration cards. It is for people whose monthly income is less than 250 INR per capita. This category includes unemployed people, elderly men and women, and labourers. They are entitled to 35 kilogrammes of food grains. People who meet the above criteria are eligible to receive an AYY ration card.

It is necessary to have ration card for many other reasons other then getting food subsidy.  It helps to prove your residence, identity, family income etc. Applying for ration card has become easy in recent time as, one can easily apply through online mode. One just has to check if their state is accepting online application, go to correct website and fill up the application form. Next step is to upload any necessary documents and pay any applicable fees. Many Indian states have begun to accept online applications for employment card, birth certificates, FSSAI registration, and other services, and the process is much simpler than it was previously.

How to Find a Good Place to Eat While Traveling